skip to main | skip to sidebar

Simple Ramblings From A Prim Cottage 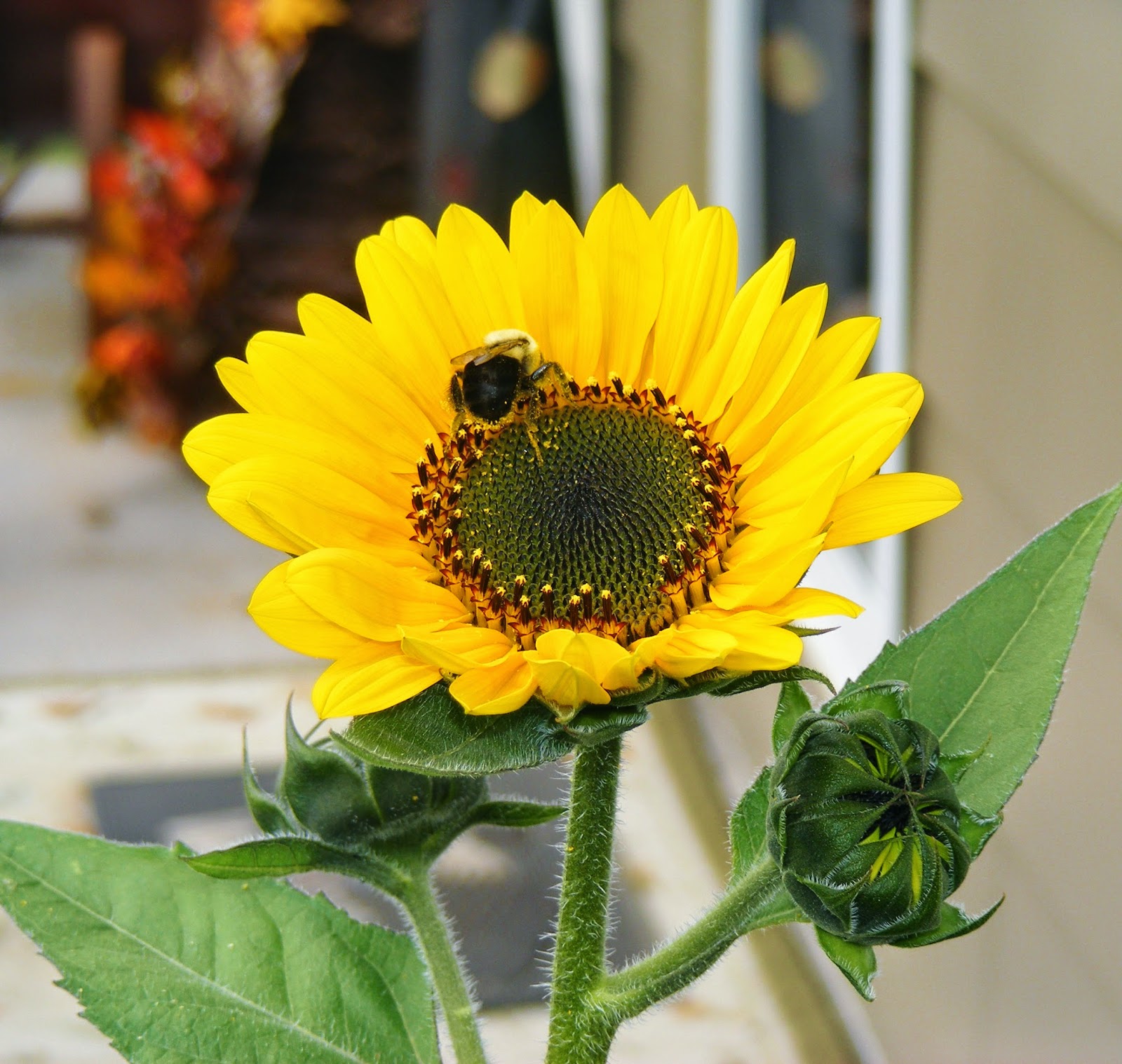 Yes sunflowers and Bumble Bees two of my favorites..smile... I planted the sunflowers late this year and they are just now in pretty bloom...This little bee was enjoying the sweet pollen all to himself while the others were distracted by the normal russian sage they so love. He was kind enough to let me snap some pictures in between my outside fall decorating.... 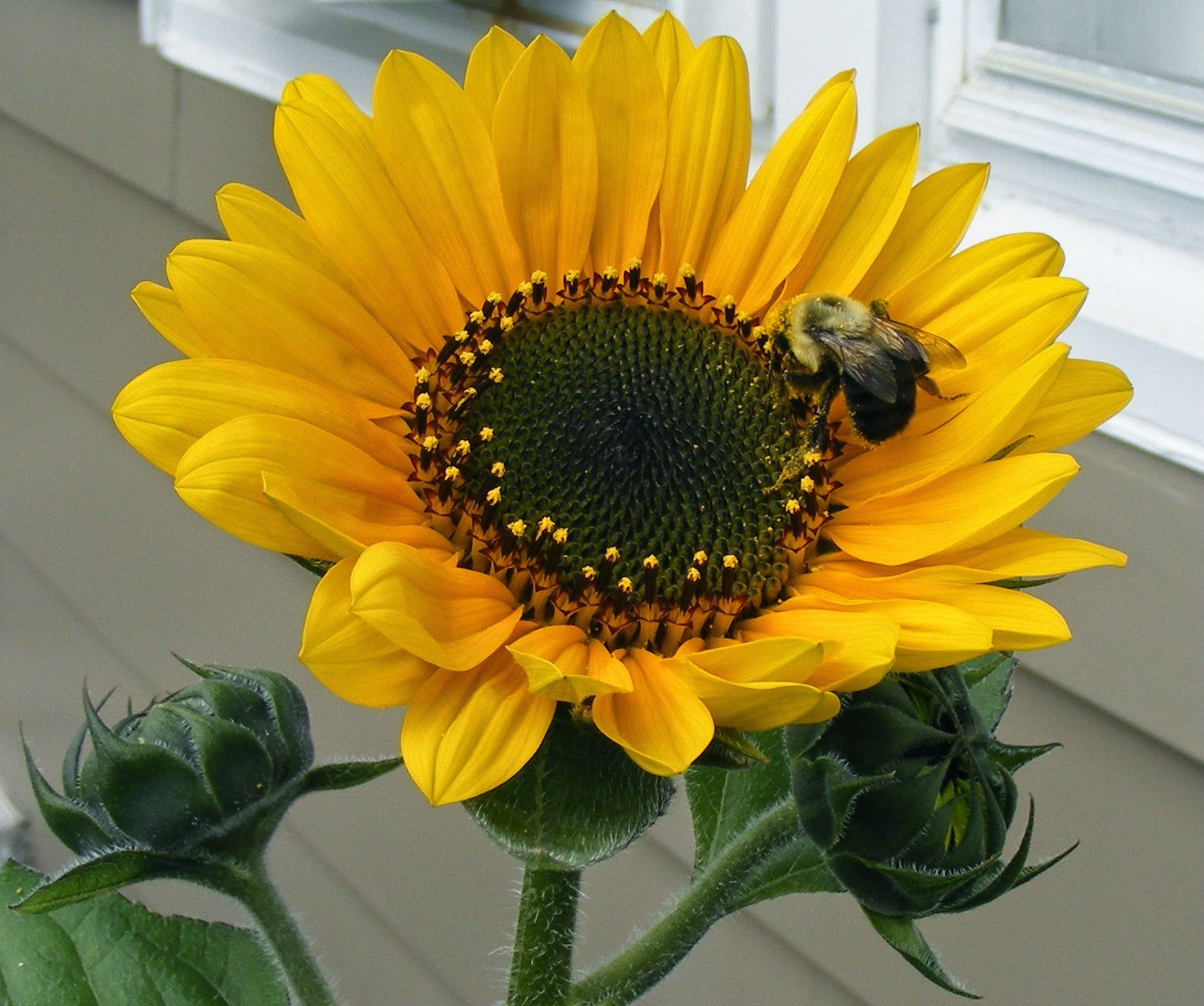 Saturday we went on a lil trip and I found a wonderful blue bucket to keep and some nice prims to sell.This weekend is supposed to be chilly which I love but send up a little prayer for sun on Saturday  as I want to set up my wares at a historical homestead in Maryland. The man has asked me several times to come and this week is the week I decided to go. It's only about a half a hour from home.I'll get pics if it all works out. 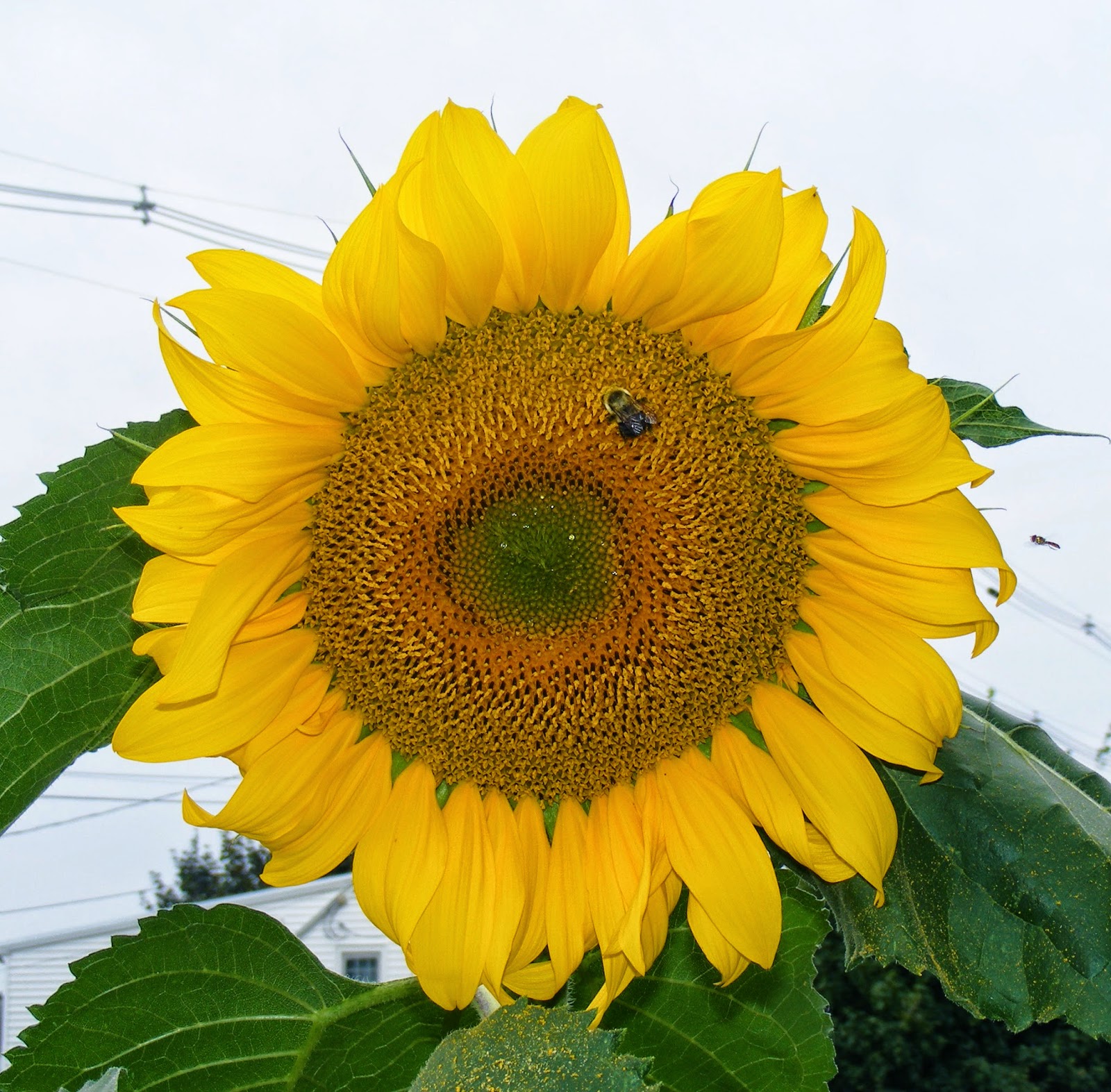 Loving the earlier eves and the nesting feelings fall brings on. I'm all done decorating will share soon.I've pinned, looked through magazines and books and have like a million recipes I want to make. Been trying a few already.. Candles lit each day in warm comforting scents. Hubby was making pork chops the other day and I was disappointed that it wasn't the baked apple cinnamon pie I was smelling.LoL..The chops were good though.. 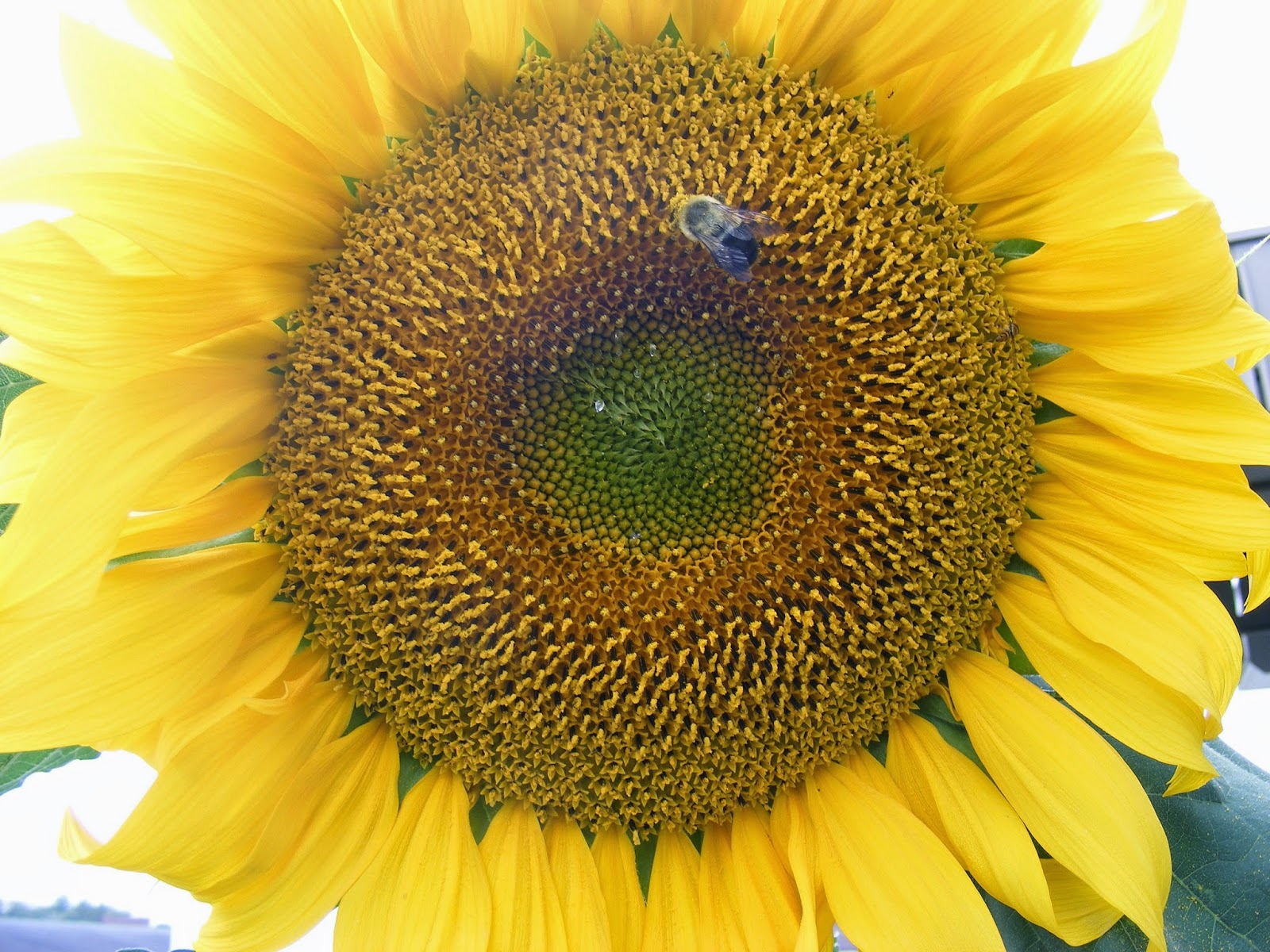 The girls are getting big they will be 12 this October. Trying to cram in as many memories as I can even though Brianna said I embarrassed her at the carnival really I think it was hubby because he was wrestling around with her and some boys saw, still haven't figured out which one she liked..smile.. So hoping to get lots of corn mazes,hayrides, bonfires and sleepovers in before they are officially teens.I'll try to get some pics soon they are funny now about that too. They don't look so much alike anymore. Brianna looks so much like her mom.Luckily she is nothing like her in charactor. Hannah is still very sweet and kindhearted. Well girls it's getting late. Talk soon!~Amy
Posted by BumbleBeeLane at 7:32 PM 11 comments: 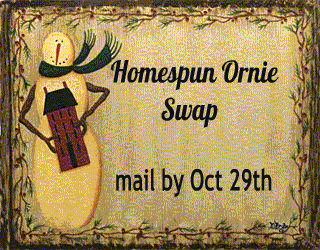 Oh my were did summer go? I'm loving fall slipping in gently though.Well here we go with the most popular or so it seems swap of the year..smile... This is the last open swap for the year.Which means anyone with a blog is welcome to join in the fun and this opens the door so you can join in on our private swaps...For the regulars we have our big christmas swap yet which I will post the end of October..Here are some of the ornies from previous swaps.. 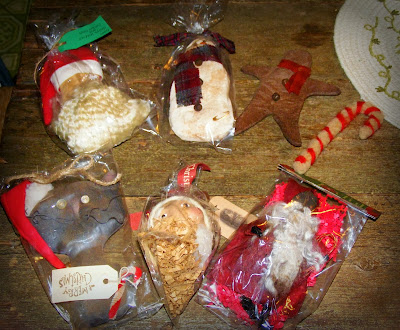 Rules You must have a  blog so you can post your ornies.... The ornies must be handmade you can purchase or make them but they must be handmade.... You can send 1-4 ornies how ever many you send is what will be returned to you.... Open to USA and Canada The postal rates have went up so you must include with your package a check, money order or of course cash makes no enemies (we have never had any problems with loss in the mail).. USA is $7 Canada will be $9 US for the return shipping of the ornies...If there is any money left it will go to the local food bank which gives out christmas dinners for families.Some will be over some under but it usually evens out in the end.... Your package to me must include inside a return address label to put on your return package.... The ornies must be packaged with a tag on each one that has your blog url so people can thank you when they post...They must be in clear package or unwrapped so I can see them..I must recieve your package by the first week of  November (7th) you can mail it as early as you want....I'll be sorting and shipping so it reaches you before Thanksgiving...I do not keep track of who gets whos ornies it is the reacivers responsibility to Thank the girls either via a blog post or email.Just common courtesy... All are welcome but this is a primitive,country,colonial,farmhouse swap so only sign up if you like those styles... You may post the image on your sidebar with a link back to here... I will say it one last time ornies must be handmade not imports or mass produced... To sign up leave a comment on this post then email me for my address after checking your blog(I'm only checking for spammers) I will email my address to you. My email is cottageprims@hotmail.com I will email you back within 48 hours if you do not hear back from me it didn't reach me so try again.If your package does not reach me in time (Nov 7th) I will write return to sender and have it returned so please mail on time.Any questions I'm here to help. Let's have fun.
Posted by BumbleBeeLane at 4:00 PM 9 comments: 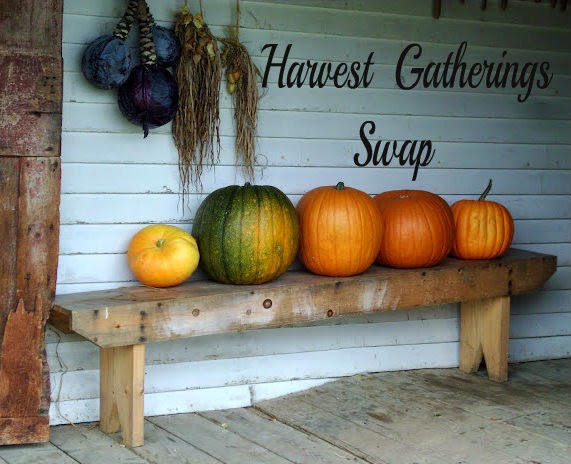 Hi girls! Well Fall is in the air here some chilly days has me in the mood to nest and of course comfort foods..smile.. Just a reminder swap packages need to go out by The 29th. Wanted to thank Danice at Homespun Hannahs blog she surprised me with this lovely quilted mat as a hostess gift. Lovely fall colors and a perfect rest for my hot tea in the mornings... 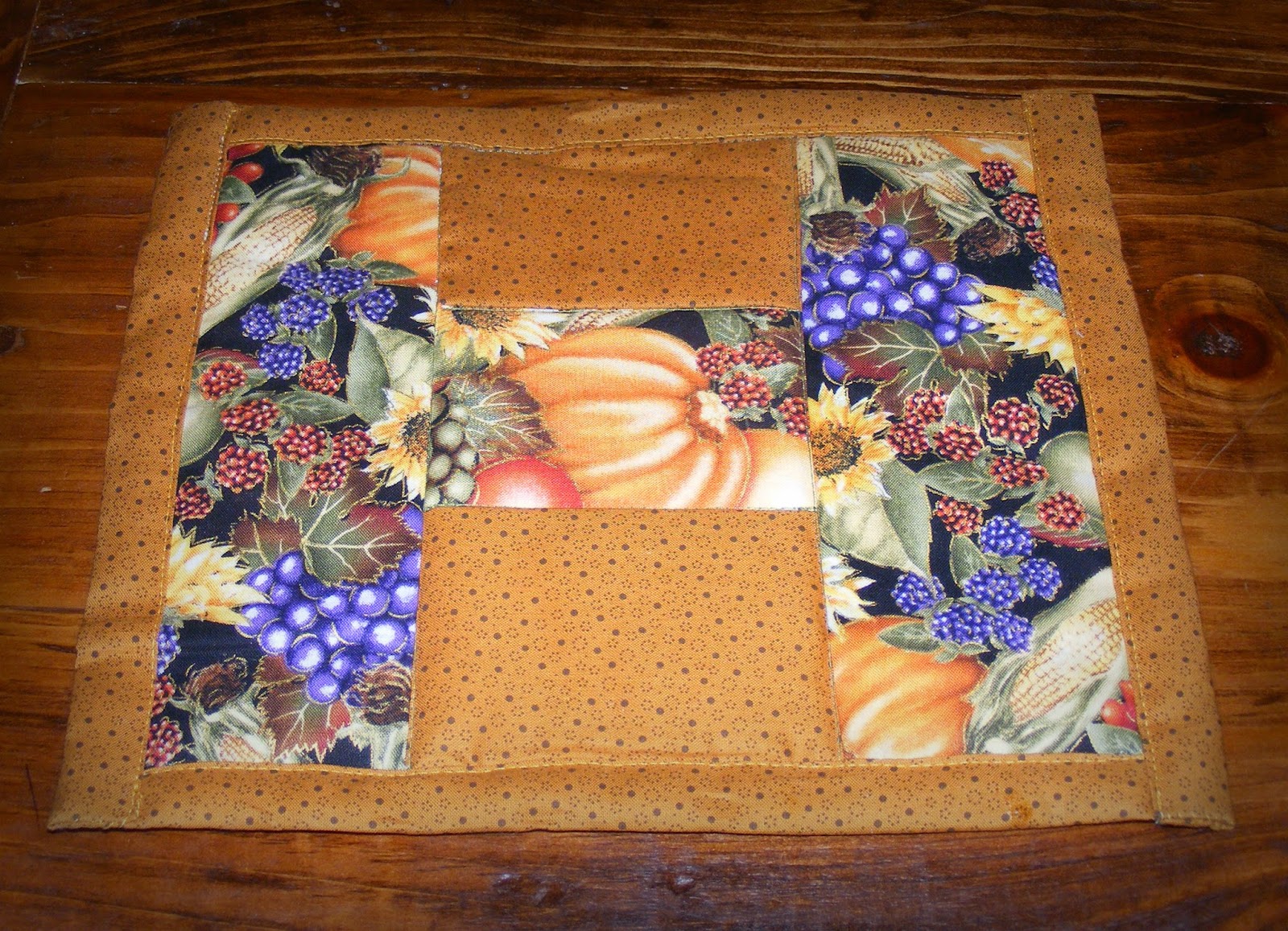 A few of you have emailed I will be getting the ornie swap posted posted probly this eve or tomorrow. I know I have been a absent blogger lately but things will slow down soon with fall and winter on the way.(I hope..smile..) Got some of my fall decorating done and will be sharing that as well. Warm Blessings!~Amy
Posted by BumbleBeeLane at 11:18 AM 3 comments: 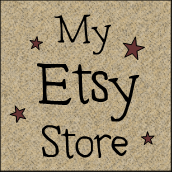 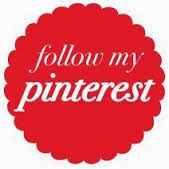